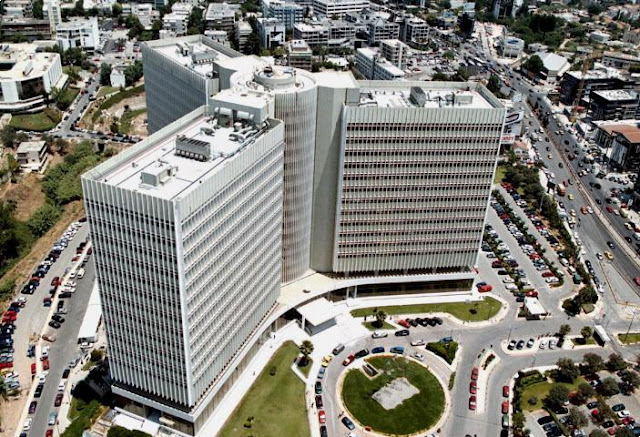 CHRISTOPHER LAWTON And LAURA STEVENS
Greece is for sale—cheap—and Germany is buying.

German companies are hunting for bargains in Greece as the debt-stricken government moves to sell state-owned assets to stabilize the country’s finances.
Deutsche Telekom AG on Monday said it would purchase an additional 10% stake in Greece’s Hellenic Telecommunications Organization SA for about €400 million, or roughly $590 million, increasing the German company’s ownership to 40%. The purchase of OTE, as the Greek telecom is known, will be a steal compared with the nearly €4 billion the German company has paid since 2008 to amass its 30% stake.

Deutsche Telekom doesn’t have a choice about the latest purchase; Athens exercised a put option that was struck in 2008. The company expressed confidence in Greece’s prospects, however.

Other German companies are bargain hunting in Greece, despite foreign investors’ mixed experiences in the crisis-hit country. Fraport AG, which owns and operates Frankfurt Airport, has expressed interest in acquiring Greece’s 55% stake in Athens International Airport. The German company has stakes or management contracts in 12 other airports around the world.
Greece hopes to realize about €50 billion from privatization of state-owned assets by 2015. The sales come as the country is under pressure from the European Union and the International Monetary Fund to reduce the country’s €340 billion in debt. Despite an austerity program, Greece has been unable to persuade its creditors that it can avoid bankruptcy.
Germany isn’t alone in expressing interest in Greek assets when prices are likely to be low. CEZ AS, a power company based in the Czech Republic, in April said it is considering potential acquisitions of Greek electricity-generation assets. The Greek government is looking to sell a 17% in the country’s largest power supplier, Public Power Corp., reducing its stake to 34%.
Some companies could be looking to exit Greece. A spokesman for Hochtief AG said the German construction company has considered some type of sale or initial public offering of its concession business, which owns 40% of Athens International Airport, where passenger traffic fell last year. Hochtief also has stakes in two major toll-road projects in Greece. The spokesman declined to put a value on Hochtief’s exposure in Greece.
But for German companies on the prowl in Greece, the strength of their home economy and a history with privatization could provide a leg up.
Germans have substantial experience with fire sales of state-owned assets, said Barclay’s Capital economist Thorsten Polleit, pointing to the frenzy of privatization in the former East Germany after reunification in 1991. That type of process “doesn’t argue for [high] prices,” he said.
The Deutsche Telekom put option was struck three years ago when the German company first invested in OTE. The option said Greece could transfer an additional 10% stake to the German company by the end of this year for 15% above the market price. Deutsche Telekom has the right of first refusal for an additional 6% government stake in OTE. Chief Executive René Obermann has expressed interest, assuming the price is right.
When Deutsche Telekom first invested in OTE, the German company cited access to high-growth markets not just in Greece, but also in new EU members Romania and Bulgaria, where OTE also operates.
So far, the investment has been a disappointment for Deutsche Telekom as the weak Greek economy has weighed on OTE’s results. Deutsche Telekom reported €1.3 billion in fourth-quarter charges, including impairments in Greece and Romania, which contributed to a loss of €582 million. First-quarter revenue in Deutsche Telekom’s Greek operation fell €134 million from a year earlier.
Analysts have said OTE needs to cut costs but that the process has been hindered by a strong labor union. Analysts said the investment still could bear fruit, however, once Greece’s debt crisis subsides.
Deutsche Telekom said it is committed to Greece. “Of course, the climate in the region at the moment is very difficult, but there is huge potential for growth in the future,” Deutsche Telekom spokesman Andreas Fuchs said.
Analyst Roger Appleyard of RBC Capital Markets said that the long term looks brighter than the present because personal-computer penetration is low and Greece still needs to build a next-generation broadband network. Deutsche Telekom “won’t be paying a lot extra for the part they are getting now,” he said.