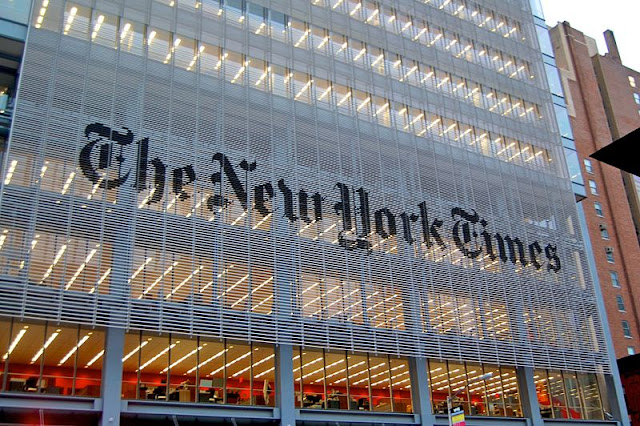 Athens agreed to impose a new $9 billion round of tax increases and spending cuts and speed up nearly $75 billion in promised privatizations. Europe and the International Monetary Fund, which had threatened to cut off financing after the government missed its deficit-reduction targets, will continue paying a $160 billion bailout package and likely provide as much as $86 billion more when that runs out.
Greece needs to reform its sputtering economy and bring discipline to its fiscal accounting. But a new round of tightening just now could deepen the recession and further shrink the tax base, making it even harder for the government to cut its deficit. Greece has no chance of reviving its economy — or paying off its bills — if it has to keep paying full interest and principal on a debt burden that is now more than 140 percent of gross domestic product and rising. Debt relief, or, to use the bankers’ euphemism, restructuring, will be needed. Debts must be written down, payments deferred and interest rates reduced.
Prime Minister George Papandreou let political resistance and bureaucratic inertia stall promised privatization efforts. He has now committed to clearing away those obstacles. While Mr. Papandreou has begun telling his people unpopular truths about necessary sacrifices and painful reforms, other European leaders are failing to do the same about the need to restructure Greece’s debt.
They are worried about a voter backlash and that other countries may demand similar relief. Denial won’t make the problem go away, and delay will only make the required debt relief much larger.
Europe’s central bank president, Jean-Claude Trichet, has been one of the most vocal opponents of writing down existing debt. Even he recognizes that bold actions are needed. Last week, he suggested creating a European finance ministry with power to supervise spending by all countries using the euro.
Euro-zone governments are protective of their sovereignty and fiscal illusions. But the European Union is fast reaching the point where it will have to choose between members yielding some fiscal sovereignty or seeing some countries forced out of the euro zone. The former would be hard. The latter would be catastrophic, and not just for debtor countries. Exporters and banks in Europe’s most successful economies, Germany’s included, would be gravely threatened by an unraveling of the euro zone.
Europe’s leaders also need to tell the truth about their struggling banks, whacked by housing busts in Ireland and Spain and wobbly Greek loans. This is a continental problem demanding a continental solution — rigorous new stress tests followed by recapitalization of weak institutions. In exchange for help, banks must be required to accept write-downs of Greek and Irish debt so those economies can grow their way out of their crises.
It is past time for Europe’s leaders to acknowledge the depth and breadth of the euro-zone crisis and the need for real solutions.

Jean-Claude Trichet, president of the European Central Bank until October, last week floated two proposals aimed at dealing with Greece and related eurozone public-debt problems.
The first idea would allow European Union authorities to override the policy decisions of member governments that can’t come up with sustainable budgets, implying the creation of an external control board for the likes of Greece. This approach has been used in the past for very weak countries (as well as for the cities of New York and Washington in recent decades). In Europe today, it would have no political legitimacy and would be completely unworkable — imagine the street protests it would spark.
The second idea would, down the road, create a finance ministry for the European Union. It would issue debt and have responsibility for a unified financial sector. This is just as brilliant as Alexander Hamilton’s fiscal and financial integration proposals for the young American Republic and, if implemented properly, would fix the deep problems caused by the original design of the eurozone.
The politicians who negotiated the monetary union — in the Maastricht Treaty of 1992 and in the details worked out prior to the euro’s January 1999 launch — had three choices. First, they could have created a unitary fiscal system. It was rejected because there was no appetite for this in any member country’s electorate. National politicians were comfortable giving up their central banks, which were becoming more independent in any case, but knew they would have far less power if they lost control of taxation and spending.

Second, the architects could have created something akin to the U.S. and Canada: a federal authority with its own budget authority and the presumption that states (or provinces) are on their own fiscally, albeit with transfers of revenue for various national programs. The U.S. government doesn’t guarantee the debt of any state and nobody tells the states that they must balance budgets (most do, but many also have large off-balance sheet liabilities, particularly unfunded pensions.) If, for example, California were to get deeper into trouble, there is an almost zero probability that Massachusetts or any other state would come to its rescue. And the obligations of state authorities cannot generally be used as collateral for banks to borrow from the Federal Reserve.

Instead, European leaders opted for a middle way. To join the monetary union, each country’s budget deficit had to be less than 3 percent of gross domestic product and government debt could be no more than 60 percent of the total economy. Once a country met these criteria, it could be admitted to the union. The problem was that all government debt — regardless of the size or condition of the national economy — was presumed to be essentially equal, including in determining whether it could be used as collateral for European Central Bank borrowing.
This fatal flaw made possible a complete mispricing of risk across the eurozone, meaning all sovereign obligations were deemed “risk-free debt” (surely an oxymoron). Under the prevailing Basel II rules, banks could hold a great deal of such zero-risk debt — essentially allowing them to have very high leverage. Prior to 2008, it wasn’t unusual for big European banks to have assets 30 or 50 times equity. The interest-rate spread across different eurozone government bonds was just a few basis points — significantly less than the analogous spread observed across Canadian provinces.

The problem was neatly stated by Trichet last week. “Interdependence means that countries de facto do not have complete internal authority,” he said. “They can experience crises caused entirely by the unsound economic policies of others.”
But who pursued these unsound economic policies? Was it the Greeks with their current-account and budget deficits? Or was it creditor countries, including Germany, whose banks mispriced the risk of lending to Greece? Or was the culprit the eurozone fiscal arrangements that create the perception of mutual guarantees that aren’t backed by any legal authority, but become a reality because the Continent’s entire banking system could implode if even one country were to slightly restructure its debt? How else did the ECB end up holding so much Irish, Greek and Spanish credit risk?

The situation today isn’t hopeless and the Europeans are good at coming up with short-term fixes that push them toward more sensible integration, a point made by my colleague, Jacob Kirkegaard, at the Peterson Institute for International Economics. He proposes specific ways that existing European fiscal mechanisms can readily morph into more centralized control.
But the long-term solution must involve the creation of a European Ministry of Finance that could issue a reasonable amount of well-managed debt, supported by credible revenue. That would put both public finances and the financial system on a sounder footing. Hamilton faced heavy odds when he pulled off a similar feat, albeit with the help of a miracle at the Constitutional Convention, in 1787.
The goal is simple: Make it possible for a country such as Greece to default on its debt without threatening to bring down the entire eurozone financial system. Trichet, in his speech, quoted Jean Monnet, the visionary of an integrated Europe: “Nothing is possible without men and women, but nothing is lasting without institutions.” The institutional arrangements created by Maastricht have brought millions of people into economic jeopardy. It’s time for the men and women of Europe to rebuild again.